Check out my latest interview at the below link:

I just completed "Seeding Planet D" for the Space Coast Writers' Guild anthology, Perseverance.  As a team of scientist arrive in orbit around Planet D in the TRAPPIST-1 System, a killer begins to sabotage their attempt to seed the new world for colonization.  A husband and wife team, Terri and Tim, begin a perilous journey to an evolving dangerous terrain to capture the criminal.  Who could be transmitting the elusive murderer death-wish orders?  When people need a new world to colonize, why would anyone want to endanger the survival of humanity?  You can purchase the Perseverance collection at Amazon.com.

Last year, I took a break from science fiction and military sci-fi to compose nonfiction: Suddenly Gone! Grieving to Healing.

My grief-support book begins after the death of my husband, Drew, March 2, 2016.  As he died, my son and I worked to revive him, but our efforts were futile.  He died in front of us.  The next day, I sat broken, numb, and shocked at my computer.  I didn't know where to take my next breath!  Where is God in our sorrows and sufferings?  Read how I began walking down a new pathway to self-discovery, healing, and spirituality in Suddenly Gone! available at Amazon.com for $8.75.  https://www.createspace.com/6636422.

Check out my revised science-fiction, short-story collection: Pareidolia.  What is pareidolia?  Our tendency to give names to strange and unidentifiable objects in the cosmos, like the Face on Mars, the Horsehead Nebula, and the heart on Pluto.  In Pareidolia, take an extraterrestrial adventure with inquisitive characters on alien worlds. Pareidolia .  I've also included my newest short story, Starlighters Mission 1, in Pareidolia.

I've also extended my sci-fi story: The Mons Genius.  What might life be like on bustling Mars in 2564?

Just released, God Designed: 366 Days of Inspiration.  Do you need a boost in inspiration?

I just released my novella, Starlighters, Mission 1 -- In the year 2175, Starlighter craft push the boundary of space travel to the Oort Cloud.  Two commanders, Vivian and Stan Jenkens, are spacefolding to the Cloud in their prototype Hydra craft piloted by their artificial intelligence, Einstein.  A giant mysterious object crosses their trajectory in Quadrant 52--the site where a robotic construction crew vanished without a trace.   Vi and Stan find themselves suddenly snatched from the Hydra and fighting for their lives.  Can they defeat an alien technology on a course for Earth?  Find Starlighters, Mission 1 for Kindle for only $1.99 at Starlighters, Mission 1  .  You'll experience one great ride on this sci-fi journey!

Amazon.com/author/jposterman is the place to peruse my books.

My newest releases are "The Mons Genius" and God Designed: 366 Days of Inspiration.

Cosmic Rift is considered one of the most realistic books about space travel in the 23rd century. Commander Steve Strunk was raised on Mars.  He helped build Smart domes and trained astronauts.  He believes he’s invincible.  His beautiful co-commander, Elizabeth Beals, signed up for space exploration to put her past behind her.  ISS Mars Headquarters labeled them the ideal team.  Like perfect opposites, they complement each other.  But nothing is always ideal, and life always changes, even at the far reaches of the universe.  Cosmic Rift!

What happens when powerful people begin manipulating the forces in the universe?

Atrocity Sagan is a continuation of First Communication and Battlefield Matrix.  All three books are available at Amazon.  Hear me read Chapter 1 below.

Join me on a journey to explore a new Earth, and encounter ancient aliens, in my four-book Nelta Series.

Battlefield Matrix (Book II, the Nelta Series) is available for Kindle and in paperback form at Amazon.  Just click here, AMAZON, to purchase or check out more of my books.  Thanks!

To read my new sci-fi story, The Rip, click here:  The Rip. 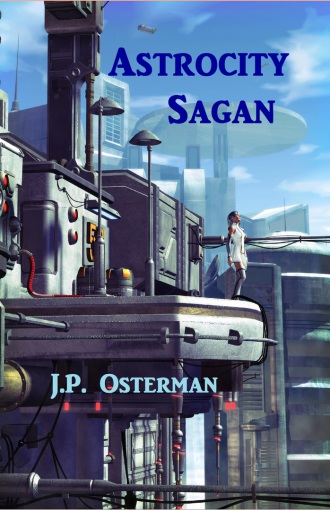 After spacefolding for 100 years across the universe onboard the enormous astrocity, Sagan, Elisa Holton and 100,000 of Earth’s leading scientists, doctors, researchers, and artists are just six weeks away from arriving on planet Nelta.  The ancients Neltans have existed for millions of years longer than humanity and are thought to be at least a Kardashev Level-V civilization.  Yet they need our help.

During the long journey, rumors and doubts about living among the Neltans abound.

Thornton Manning, a Sagan leader, is fueling fear.  He’s been experimenting with technology since day one of receiving blueprints from the Neltans.  Will the neural interface invention meddling with peoples’ minds now backfire on him?  That’s just the start!

As they approach Nelta, many are experiencing weird and strange visions, scaring people half-to-death.  What really is causing these unusual attacks?  If left unsolved, their long voyage could end in an eternal drift through space!

The ship’s ruling class, The Regents, could be to blame, or possibly the new 273 protest group?  Or maybe the astrocity’s chaos is originating from an outside alien influence?  Drawing on the multitude of her genetic gifts, Elisa Holton launches a covert investigation to break barriers and discover the truth as she navigates unchartered spaces around Sagan.

Join Dr. Elisa Holton's journey in Astrocity Sagan, and take a wild trip on a starship through the universe today! 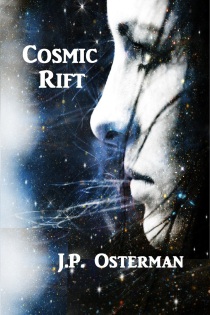 Lee Lunsford, NASA’s manager of the Manned Moon/Mars Mission (retired) calls Cosmic Rift brilliant and an amazing piece of Sci-Fi literature – “The most realistic book about space travel I have ever read.”

J. P. Osterman is a futurist, space research scientist, and sci-fi author focuses on space exploration and planetary colonization.  She delivers a potent and unforgettable mix of science, moving characters, and intrigue with Cosmic Rift.  It has been said that every successful Sci-Fi novel ever written, whether by, George Lucas, Asimov, Bradbury, Heinlein, Clarke, Verne, or H.G. Wells – the best – have not one but three things in common:  Ideas – Characters – Good Writing.

JP Osterman weaves in all three elements in Cosmic Rift.  The story stretches across new thinking in technology – from “The singularity” – to – Nanobots – to – Space Time – to exploring human nature.

Cosmic Rift is an action-packed science fiction story with three main characters, a man, a woman  and one ultra-intelligent A.I. computer – what many today call the "technological singularity."  Their mission is to search for new worlds, but what they find appears to be an insurmountable threat to our entire universe!

Meet them here, and now:

Commander Steve Strunk was raised on Mars.  He helped build Smart domes and trained astronauts.  With the aid of artificial intelligence, he believes he’s invincible.  His co-commander, the beautiful Elizabeth Beals, is a genius who signed up for space exploration to put her past behind her.  ISS Mars Headquarters labeled them the ideal team.  Nothing is ideal forever…

It’s 2376, and Steve and Elizabeth have been voyaging through space when their ship Amelia awakens them.  “Where are we?  The date and time has stopped tracking!  Why?”  Their infallible space craft suddenly fails!  The perfect team suddenly falters!  Nothing—no amount of training or simulated instruction  could have prepared them for this breach in their mission, and their neural interface to the ships A.I. computer ceases.  Can they trust their own senses at this critical time when they need them the most?

Vulnerable on an ancient planet and navigating blind at the far reaches of the known universe, their relationship is speeding on a passionate trajectory as Steve and Elizabeth race with a rapidly closing window of time to fix a dooms-day force that will destroy the entire universe the…Cosmic Rift!

Join several space community luminaries who are already reading Cosmic Rift: from major Aerospace Chief Executives, to NASA dignitaries, to Astrophysicist’s, to Educational Space Program TV moderators, to former Astronauts.  See why there is such a buzz about this book. 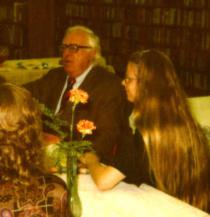 I am Vice President of the Space Coast Writers' Guild:  www.scwg.org .

I was born December 21, in East Chicago, Indiana and was one of five finalists in the Brevard Library Foundation’s prestigious “Patrick D. Smith Literary Award” for my short story, “Retrieval,” available at Amazon as “Winter Retrieval.” I am currently Vice President of the Space Coast Writers Guild and a member of the Brevard Scribblers.

Writing Career:  As a researcher and Science-Fiction author focused on space travel, planetary colonization, and alien contact, I became an Independent Research Scientist studying the laws that govern space/time and innovation relating to space travel, advanced genomics, exoplanets, quantum computing, colonization of Mars, nanotechnology, and artificial intelligence.  Yes, I wrap all this up to weave action adventure science-fiction novels.  They're world building, alien relationship fostering, and excitement-and-disaster creating!  Complex characters and story [always story!] are at the core of my plots.

In addition to the physics of long distance space travel, I studied the computational theories necessary to control the physics of space travel and extreme time-space compression, teleportation, optical quantum computing, quantum communication, and A.I. Computer intelligence reaching well beyond the “Singularity” with organic quantum-level human neural interface and exchange.  I ask the deep concerning question: What might happen when powerful people begin manipulating the elementary forces in the universe?

Growing up, I was a prolific reader and writer.  At four-years-old, I had one heck of a wild imagination!

I graduated from University of San Diego with a B.A. in English (Emphasis in Writing), and later a Master’s degree from Azusa Pacific University [Counseling] and Single-Subject teaching credential.

In the early 1990s, I met Ray Bradbury who inspired me to write science fiction.  "Something wonderful happened to me because of my discussion with Mr. Bradbury.  He had a profound effect on students, and worked diligently to inspire and enourage everyone.  He instilled in me a desire to write...and I began writing daily ever since.”

I have written seven novels, mostly science fiction: from exploring Mars in Cosmic Rift, to spacefolding to an ancient alien world in First Communication.  I have won several awards, including the prestigious Rupert Hughes Award at the seminal Maui Writers Conference for my sci-fi novel, The Matter Stream, which I am transforming into my Nelta Series of novels.  I also won First Place for my play, The Man Next to Me, subsequently published in the San Diego Writer’s Monthly magazine.  The short story is available on Amazon.

See more about me on my Author's Bio page above.  Check out my novels on my List of Works above.

There's always another path to take, a new direction you can choose on your journey through your life.  But if you don't ever choose, you can't ever know...

Writing a book is the art of listening and watching.